It’s sad that my family members always buy stuff that lack features I want (or sometimes sane features – I’ll talk more about this in another post hopefully in a few weeks). Obviously if I had a say in it, I would definitely not have picked it.

My sister bought a Panasonic Lumix LX-3 some time ago, but unfortunately, it lacked a remote release feature. The previous camera, bought by my dad, was a Sony DSC-T1, and it too, lacked such a feature. Sigh. This means that I (still) can’t take timelapse photos easily.

Someone built a solution for the Lumix LX3 and it looks like this: 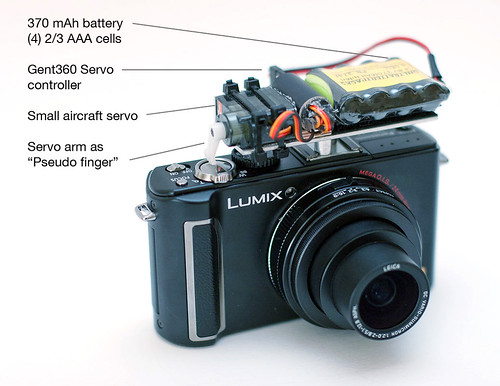 Maybe if I was really desperate, I might just build one.

One comment on “Lumix LX3 (Lacks a) Remote Shutter Release”