Just the other day I brought this old RS232 null modem cable from home, as I needed to hook up the oscilloscope to the PC for some waveform capture.

I plugged it in and it wasn’t working, so I spent some time troubleshooting. I used a multimeter to check the continuity on the RX and TX pins, and when that failed I assumed the wire must be broken inside. Somehow I already went ahead to cut a ring around the gray wire sheath when I opened up the connector shell. 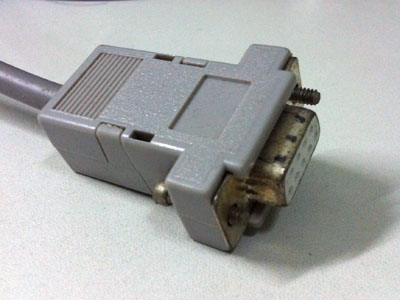 But this was not until after I cut off the head and unsheathed the wire, since it was already done halfway.

Next time, I will remember to check the wiring first before assuming the wire was broken.